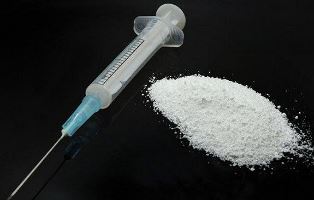 You are visiting with friends at their apartment.  You may or may not have known that heroin would be present.  Heroin is shared among you and your friends.  Your friend overdoses.  You panic and call 9-1-1 after your attempts to rescusitate fail.  The dispatcher advises to begin CPR and the EMS is on the way.  The police arrive shortly thereafter.  You are arrested and taken to jail.  Now you are facing prison time if convicted.

Not All Attorneys Are Equal

Depending on what attorney you speak with you may or may not be apprised of the best defense to the above-stated scenario.  As an example, I had a gentleman call me who had retained a different attorney.  The other attorney advised the man to plead guilty which resulted in a permanent felony conviction.  I asked the man why his attorney didn't file a motion to dismiss based upon the Good Samaritan Act.  He wasn't made aware of that very valuable statute that results in all evidence being dismissed.  Unfortunately for him he is stuck for the rest of his life with a permanent felony convction because his attorney failed to identify the correct defense.  I hear stories like that multiple times each year and it is frustrating that people don't get competent advice.

You Need Dedicated and Experienced Defense

At Polinske & Associates, P.C., we are former prosecutors who know both sides of the law.  We try many cases where there is a favorable probability of acquittal.  And, we have been very successful at trial.  We have tried and won more criminal jury trials in Madison County, Illinois than any other law firm.  We have listed those success stories on this web site under Case Results.  We are committed to obtaining the very best results for our clients.  We understand what issues resonate with the judges who sit on the criminal bench.

One recent jury trial was the case of People v. Angela Halliday.  She had been charged with a similar set of facts as the one stated above.  She was unable to make high bond and was held on a parole hold aside from the felony bond.  The State's Attorney himself took her case and opted to make no offer on the case to us.  I recognized the weakness of the case from my first meeting with Ms. Halliday.  The State's case was fraught with credibility issues.  Their "victim" was a co-user who abused Xanax and Heroin on an almost daily basis.  Her memory was sketchy.  I advised Ms. Halliday to try to case.  We did and we won the jury trial.  The jury quickly came back in our favor.  I discussed the case with two jurors after the fact.  They stated that the credibility of the victim cost the State their case.

The State has taken a very "hard" stance against persons charged wtih Heroin related offenses.  They will not give any breaks to the defendants in these cases.  From very high initial bonds, through negotiations, and finally to trial.

Hire the best criminal defense attorney you can.  Your freedom depends on it.  Call us for your free consultation today.

DUI must know facts for those arrested.Request Information