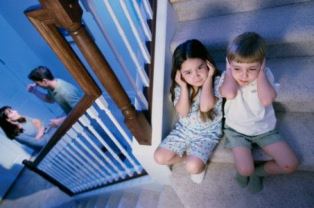 Its late and you and your girlfriend have arrived at home.  You have both been drinking. Your girlfriend decides that you did something earlier that made her angry. She can't let it go. She physically attacks you in your home. You push her away trying to keep her from hitting you. The police are called by the neighbors. They arrive on scene and arrest you. Even though you did nothing wrong. You have a good job, are in jail and don't know what to do. The judge requires you to post bond before being released from jail. You need to hire the best attorney to defend you on these false charges.

At Polinske & Associates, P.C., we have successfully defended clients on Domestic Battery charges for a combined 45 years. In that time period the vast majority of clients have had their cases complete dismissed. We understand that the State charges people for this offense oftentimes with very little evidence against them. We push hard on the State and prepare the case for trial. The State knows we will be very persuasive at trial. We have tried many Domestic Battery cases and have won. Usually the State will be presented with uncooperative witnesses, marginal evidence, and bad police work in this type of case. It seems the police don't preserve evidence that they should when arresting our clients for this offense. We know what issues the State needs to be presented with. We strive to obtain the dismissal you need.

Domestic Battery is a class A misdemeanor offense. A serious physical injury can boost it to a more serious felony version. A conviction will preclude you from possession a weapon under current State and Federal laws. Jail time up to a year and a fine of up to $2,500.00 are all possible sentencing options. There are ways to keep this matter from your record. The experienced attorneys at Polinske & Associates, P.C., understand all options that exist for you. We can assist you to choose the best option in your unique case. Call us for a free consultation today.

Aggravated Domestic Battery is a felony and is punishable by prison time.  Many times a felony conviction may be avoided even if you are facing a felony Domestic Battery charge.  My experience in this area is vast.  I have had many clients charged with felony offense who have either obtained a lesser non-domestic battery charge or have had their cases dismissed.

As of June 1, 2016 a new court has been established that all Domestic Battery charges must be processed through. The Court's name is DVAC. If charged with not only Domestic Battery but another offense closely connected to such a situation the State's Attorney can cause you to be processed through the DVAC. DVAC requires a defendant to not only obtain an anger management evaluation but also to begin and proceed with all recommended treatment despite having not been convicted. Yes you read that right. Even though you are not convicted of a crime, you will be mandated to undergo treatment. Many attorneys do not believe this is proper and should be contested in the appeals court. Until that time comes however, you will be forced to comply. There are a few ways to shorten this process. Announcing ready for trial is one such method. You must thoroughly evaluate the State's case against you before choosing this option.

Domestic battery charges are very common.  A new court has been created to deal with the cases.  The court is titled DVAC.  It is an alternate court that monitors progress made on anger management classes which are ordered as a bond condition.  The court requires all persons facing these charges to obtain an evaluation and complete classes.

Oftentimes the evidence against a person is very weak.  A common fact pattern seen is a husband and wife arguing, the police are called, and the husband is arrested for domestic battery.  Many times the wife is the aggressor who actually caused the incident.  The wife doesn't want to pursue the charges and the evidence collected is very weak.  I push for dismissals in such cases.  I typically obtain a dismissal in such a circumstance.  If the victim has suffered legitimate injuries then the best next step is negotiating the case so a conviction does not enter.  This is common as well.

DUI must know facts for those arrested.Request Information